Betting on futures is a commonly long-term bet that requires you to bet on the outcome of a tournament or an entire sports season before it has even begun. The bet is usually placed months in advance, and the payout is determined by how early you made the bet.For example, if someone bet on the Tampa Bay Buccaneers winning the Super Bowl LV at the beginning of the last NFL season, they would get a greater payout than someone who bet on the Buccaneers after entering the playoffs. Let’s have a look at what futures look like for this NFL season.

The top two most favored teams for this year’s Super Bowl are the finalists of the Super Bowl LV – Tampa Bay Buccaneers and the Kansas City Chiefs. Buffalo Bills and Los Angeles Rams are at a close third and fourth spot for Super Bowl qualification, and we might see an unexpected turn of events during the playoff stages. If an unfavored team makes it to the Super Bowl then the payout for the people who bet on them will be massive.

Like their respective teams, the NFL MVP of the season award is at a close tie between quarterbacks of the Kansas City Chiefs, Patrick Mahomes and the Tampa Bay Buccaneers, Tom Brady. Mahomes seems to have a small lead over Brady, but anything can happen during the NFL. 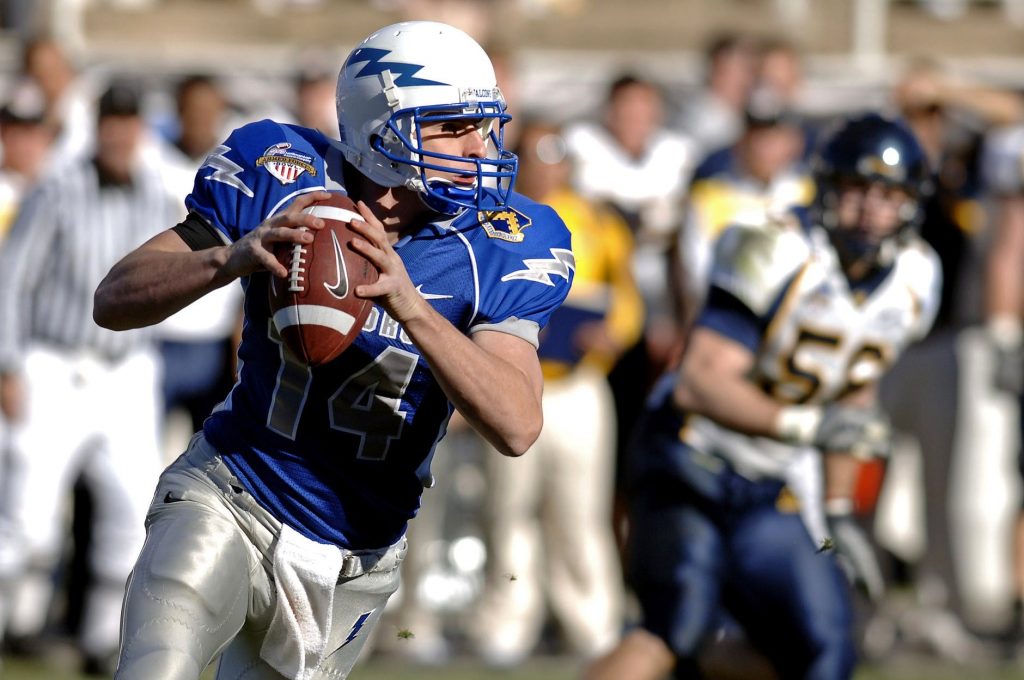 The odds for the champion of the AFC Conference are in favor of the Super LV finalist and Super Bowl LIV champion team—the Kansas City Chiefs. They have the strongest offensive line in league with quarterback Patrick Mahomes and an incredible defense now too. The Buffalo Bills and Baltimore Ravens occupy the second and third spots respectively on the list.

The NFC Conference champion odds are to no one’s surprise in favor of the Super Bowl LV champions—the Tampa Bay Buccaneers.  Retaining their entire 22-man winning roster from last season’s Super Bowl, the Buccaneers are determined to go for a second consecutive Super Bowl title under Tom Brady’s leadership. But the Los Angeles Rams and San Francisco 49ers  hope to give them a tough time.

Betting on futures seems easy but is quite risky and not recommended for amateur sports handicappers. If you’re thinking about betting on futures this NFL season, consider getting experts’ help to make informed decisions.

Our experienced sports handicappers at Charlies Sports can teach you everything you need to know about handicapping NFL 2021-22. We offer free NFL picks, free NBA picks, free MLB picks, and even horse racing picks. Sign up here and book your package or call 1 866 252 0096 to order your picks.