NFL: A Brief History of the Great Game 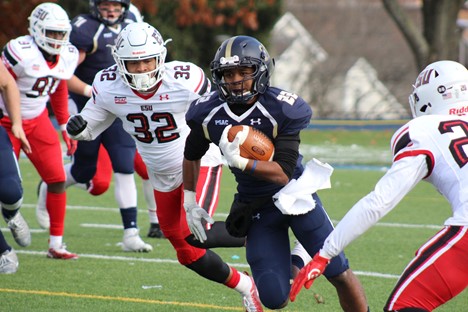 The National Football League (NFL) was formed in 1920 and currently has 32 teams who are divided equally between the American Football Conference (AFC) and the National Football Conference (NFC). The regular season starts inSeptember andends in January, lasting a total of 17 weeks. After the season ends, seven teams from both the conferences advance into the play-offs and the final match of the tournament is known as the Super Bowl.

The Super Bowl is played between the champion teams of AFC and NFC. It is the most-watched event of the year annually in America. The 2015 Super Bowl match between Seattle Seahawks and The Patriots was the most-watched program in U.S. television history, with114.4 million peopletuning in on NBC.

The Super Bowl half-time show sponsored by Pepsi is also highly anticipated, with some of the biggest celebrities in the entertainment industry fighting for the chance to perform there. Previous performers include Michael Jackson, Prince, Beyoncé, Madonna and more.

The NFL is one of the highest-earning sports leagues in the world. Its finances usually come in three main ways: ticket sales, merchandising, and television broadcast rights. With the COVID-19 pandemic affecting sporting events, NFL annual revenue dropped from $16 billion in 2019 to $12 billion in 2020.

How to Make Easy Money with Football

The NFL is a lucrative sport, not just for the players or those involved in the business themselves but also sports fanatics. Legalized sports betting is rising in many states in the U.S, and football is the ultimate sport to try your luck on.

If you want an easy way to earn some quick cash while enjoying your favorite sport, we can give you the help you need.

Expert sports handicappers at Charlies Sports have years of experience in the sports betting industry and can guide you better than anyone about the do’s and don’ts of sports betting. We offer free NFL picks, free NBA picks, free MLB picks and even horse racing picks. Sign up here and book your package or call 1 866 252 0096 to order your picks.