Future Stars: NBA Players Who Are Expected To Break Through In The Next 5 Years 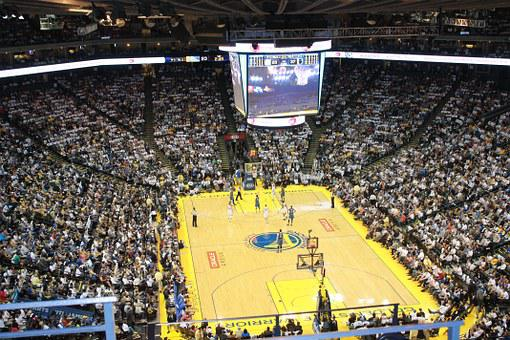 There’s no such thing as an eternal star. Even the league’s James Hardens, StephCurrys, and LeBron Jameses move on at some point. However, there’s always a new crop of potential stars ready to emerge from the shadows and take their rightful position in the NBA spotlight.

Last season, Giannis “The Greek Freak” Antetokounmpo won his first MVP award and is on his path to becoming an NBA icon. On the other side, young players like Zion Williamson are just getting started on their quest to make a name for themselves in the NBA.

With each passing season, we come across many potential rising talents capturing the hearts of fans. Here are a few NBA up-and-comers who’ll likely make it big in the coming years.

Joel Hans Embiid, 25, is a Cameroonian professional basketball player, currently playing for the Philadelphia 76ers of the NBA. He’s one of the most dominant players in the NBA at his best.

When Embiid is engaged and locked in, he’s practically unstoppable. He has demonstrated his ability to be a force in the paint in his short seasons in the NBA. Despite his injury history, he has consistently been a contender for the Defensive Player of the Year Award.

Nickeil Alexander-Walker is a professional basketball player from Canada who currently plays for the Utah Jazz of the NBA. Walker became a regular part of the rotation in Year 2 after struggling with his shot and playing minimally as a rookie. He started 13 of his 46 games and improved his overall skill set.

Few players have developed as much as Utah Jazz points guard Donovan during the last three NBA seasons. Donovan Mitchell Jr. is a professional basketball player in the US who currently plays for the Utah Jazz of the NBA.

His stunning efforts last season earned him his first All-Star selection in his career. Mitchell also led his team to the NBA playoffs in both of his first two seasons. Mitchell’s best years are still ahead of him, so it’s difficult to imagine what kind of player he’ll be at his peak.

Devin Armani Booker is a professional basketball player who plays for Phoenix Suns in the NBA. He’s now demonstrating why he was one of the hottest picks in the 2015 NBA draught after a bumpy start to his career.

In recent years, the Grand Rapids, MI native has exploded into the limelight, earning his first All-Star berth last season. In only five seasons in the NBA, Booker has established himself as one of the top playmakers and scorers in the league. And can you believe he’s only 23 years old?

Want to know more about the NBA players and game stats to make it big in sports betting? Charlies Sports is the best place to start. We can assist you in your betting career and make some quick money. We’ve been in the sports betting market since 2001 and have established ourselves as the nation’s best sports handicapper.